Instead of reading her children bedtime stories, Regana McKinney-McGee would tell them tales, often running as much as 45 minutes long, that she made up.

That storytelling led her to write the first of what could be a multi-part book series, “Introspection” (Archway Publishing, $34.99).

“Introspection” is the fictional account of a young girl in a complex family situation that was inspired by the writer’s own life.

“I started writing the book in 1999. My mother died in 1989 and I didn’t realize until I started the book that it was the writing that finally gave me to the strength to mourn my mother’s death,” McKinney-McGee says.

The Reno native moved to Fresno in 1991, where she started her own family and launched the Positive Attitude Outlook foster care agency that matches thousands of foster children with families out of its Fresno, Visalia, Bakersfield and Rancho Cucamonga offices. She also created and published motivational and educational magazines for students in the Fresno County school system. The only formal writing training she’s had are a few writing classes while attending college, including a stop at Fresno City College.

“I didn’t take those classes to become an author. I just love to write,” McKinney-McGee says. “What I did to write the book was that I would sit and tell stories into my tape recorder. Then an editor transcribed the recordings.”

It wasn’t unusual for the 51-year-old writer to travel to a local park on her motorcycle, where she would watch people, to dictate more chapters. It took her 14 years to get the first book in her series written, but it won’t take that long for additional volumes. She has four done and three that need to be edited.

Each book will look at the woman’s life, including an examination of her roots going back to the 18th century. So far, the plan is to carry the story through the woman’s wedding.

“I might do another book about the honeymoon. I just don’t know,” McKinney-McGee says.

The book is available online Tuesday. The author will have a book signing in Fresno the second week of March, but the exact date and time are pending. 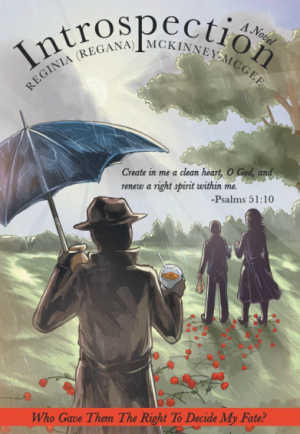 Join us in the journey

Together we can help give those in need a little introspection.